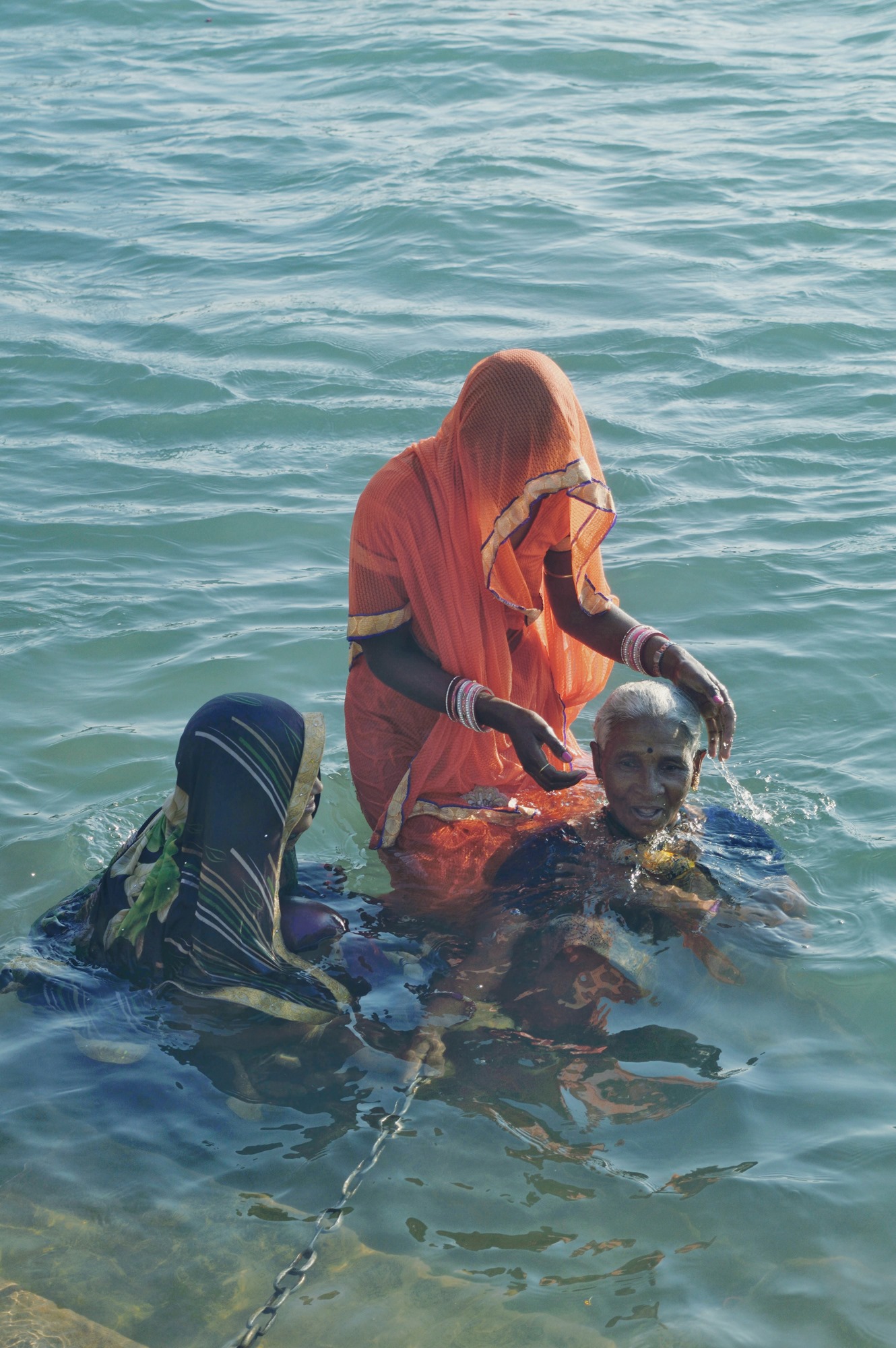 Name:
Santasil Mallik
Submission Title:
Dubki- Performances in Contact with the Ganges
Country:
India
Photographer Bio:
Santasil Mallik, 22, is from Kolkata, India. Currently I am pursuing a Masters Degree in English Literature, but I am more interested in exploring the theoretical approaches that investigate the notions of fictionality and representation in art and literature. I firmly believe all works of representation are fictional, the coexistence of representation and non-fiction is a myth. My relationship with photography, therefore, tries to work beyond the idea of documenting and representing reality. Photographs act as futile traces of the memories, reflections, and actions associated with my interactions with different circumstances. They serve as testimonies to things that cannot be accommodated in the photographs themselves. This love and hate relationship with photography, precisely because of the limits of representation of the medium, induces me to keep on exploring this marginality. I am certain that I can never fixate myself to a signature photographic style of my own because my relationship with photography is always in the state of becoming and flux.
My photographs and writings have appeared on several platforms like National Geographic, Private Photo Review, Bright Lights Film Journal, F-Stop Magazine, Entropy Magazine etc. I was selected for a storytelling workshop by National Geographic Society and was also a part of an International Exchange Programme in photography with Counter Foto, Dhaka. But most of my time is spent on my conversations with myself.
Submission Information:
Wrapped in a heavy windcheater, as I dipped my bare feet into the crystal blue waters of the Ganges they went numb in seconds. The biting December winds blowing around me at Haridwar mocked the afternoon sun that shone over the sacred town, but the scene at Har Ki Pauri, the largest ghat in Haridwar, looked no less like a beach on a fine English summer day. Every day thousands of devotees from various parts of the country gather at this ghat, where Lord Shiva stepped upon during the Vedic age, to take their much-anticipated dip (Hindi: dubki) in the river. According to mythological accounts in Hinduism, the waters of the Ganges can refurbish one’s lost energy (Atma-shakti) caused by negative actions; this, if not similar, is close to the idea of purging one’s sins. On another front, people are also aware of the scientific studies and historical records that have demonstrated the self-cleaning and anti-bacterial properties of the Ganges near its source.

The river rushed briskly at turns and became relatively calm near the wider banks, indifferent to the swelling crowd taking dips in the ghat. A range of unexpected activities, emotions, and body movements emerged when individuals confronted the river in all its turbulence and spiritual density. I started photographing various people at that precise moment when they made their decisive dubkis into the water. An infant baby immediately burst out crying as she was dipped into the bone-chilling water for a purification ceremony by her father, muscle-flexing tourists failingly grappled with the flow and coldness of the water as they dipped themselves, some of them hung on to fixated chains and railings to instantly thrust their heads into the water and come out, while others descended slowly with lips mumbling with prayers. Many Dalit children, on the other hand, curiously dived deep into the river to fish for coins and brass utensils thrown by devotees.

The photographs reflect the conviction, determination, and bodily dispositions that accompanied the people as they took their first dubkis in the river. After a week of photographing the same phenomenon, I began to notice a common bodily habitus that guides the dubkis, as well as remarkable exceptions in an individual’s approach towards the Ganges. It is impossible to locate the thoughts and intentions working at the precise moment of taking the dive; several factors traversing across personal, social, religious, and even physical circumstances dictate the way they dive into the river, are they taking dubkis for the atonement of some guilty past? Are they looking for something underwater that might make their lives better? Or are they just enjoying a refreshing bath with their friends? As an onlooker, one can at most revere those specific performances that arose due to their contact and interactions with the river. These photographs are a testimony to those short-lived moments of communication. 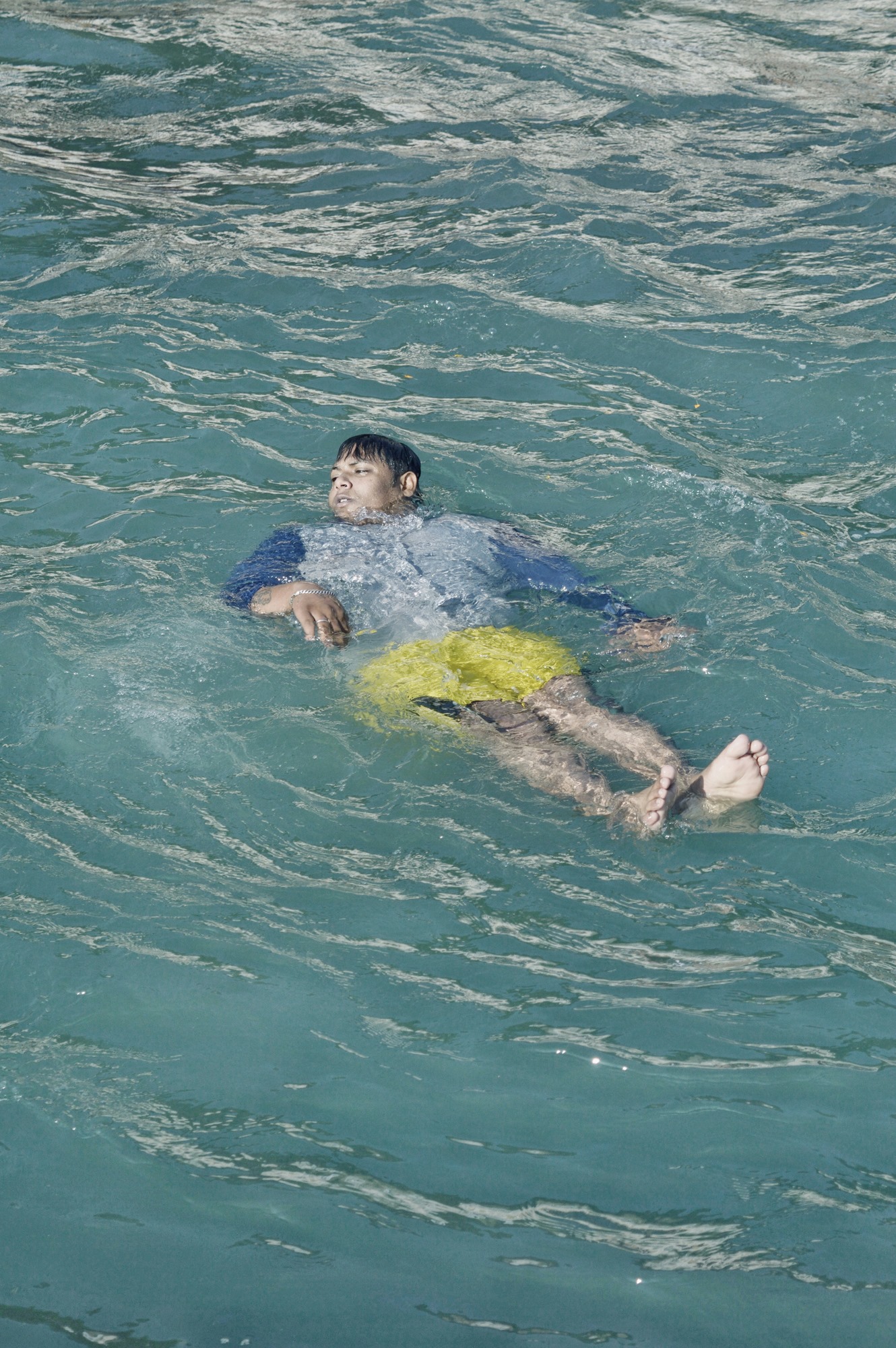 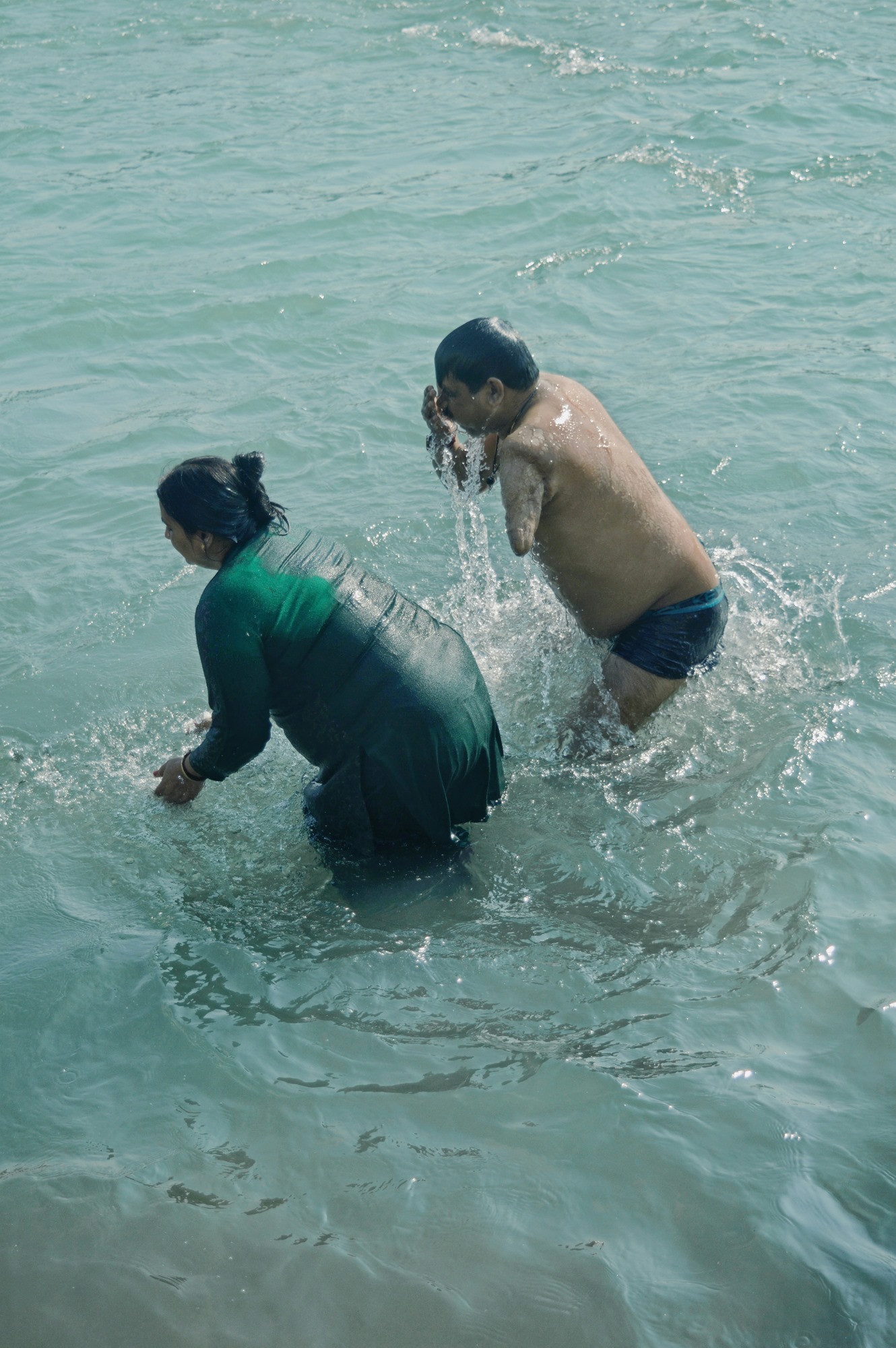 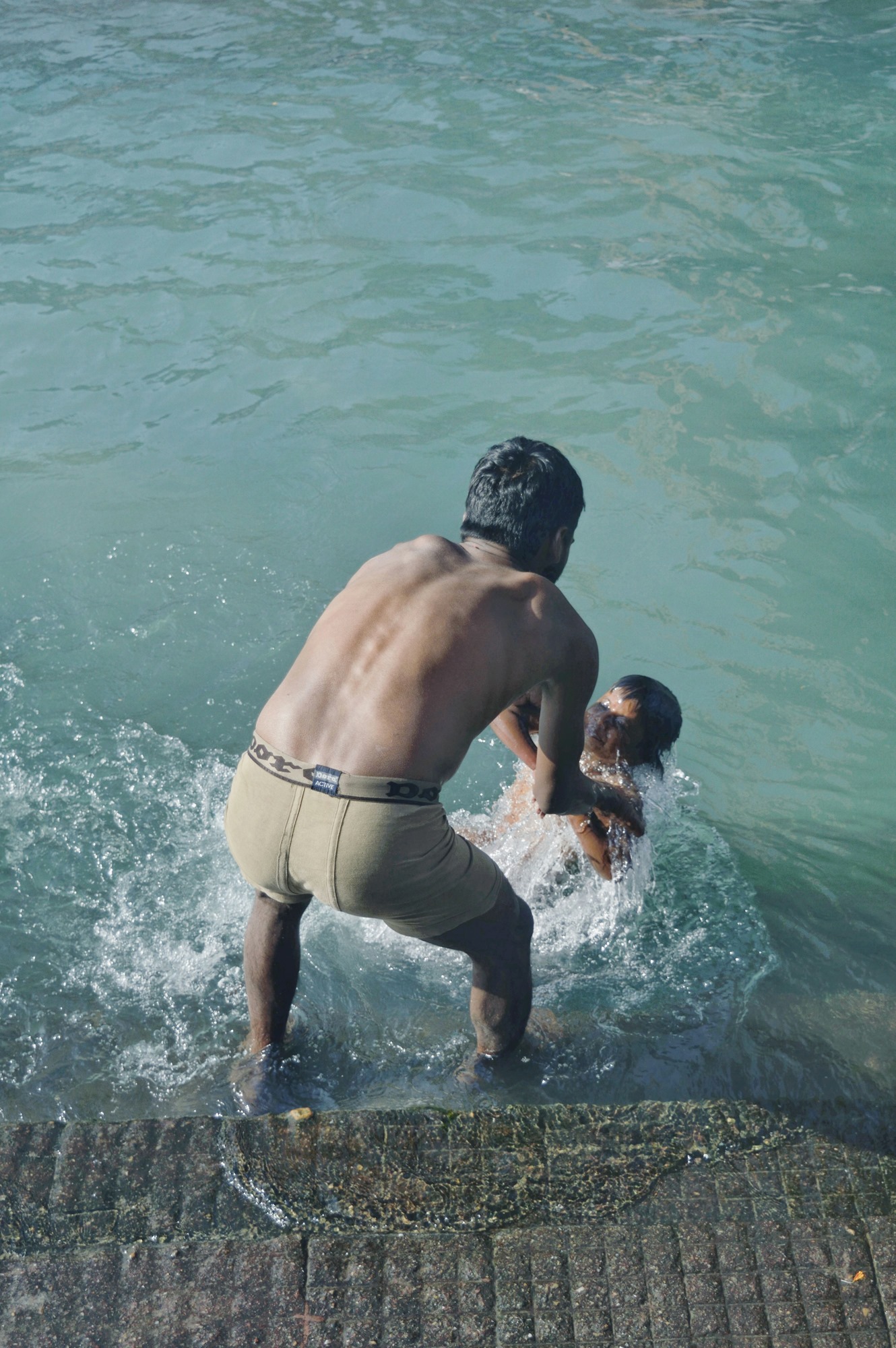 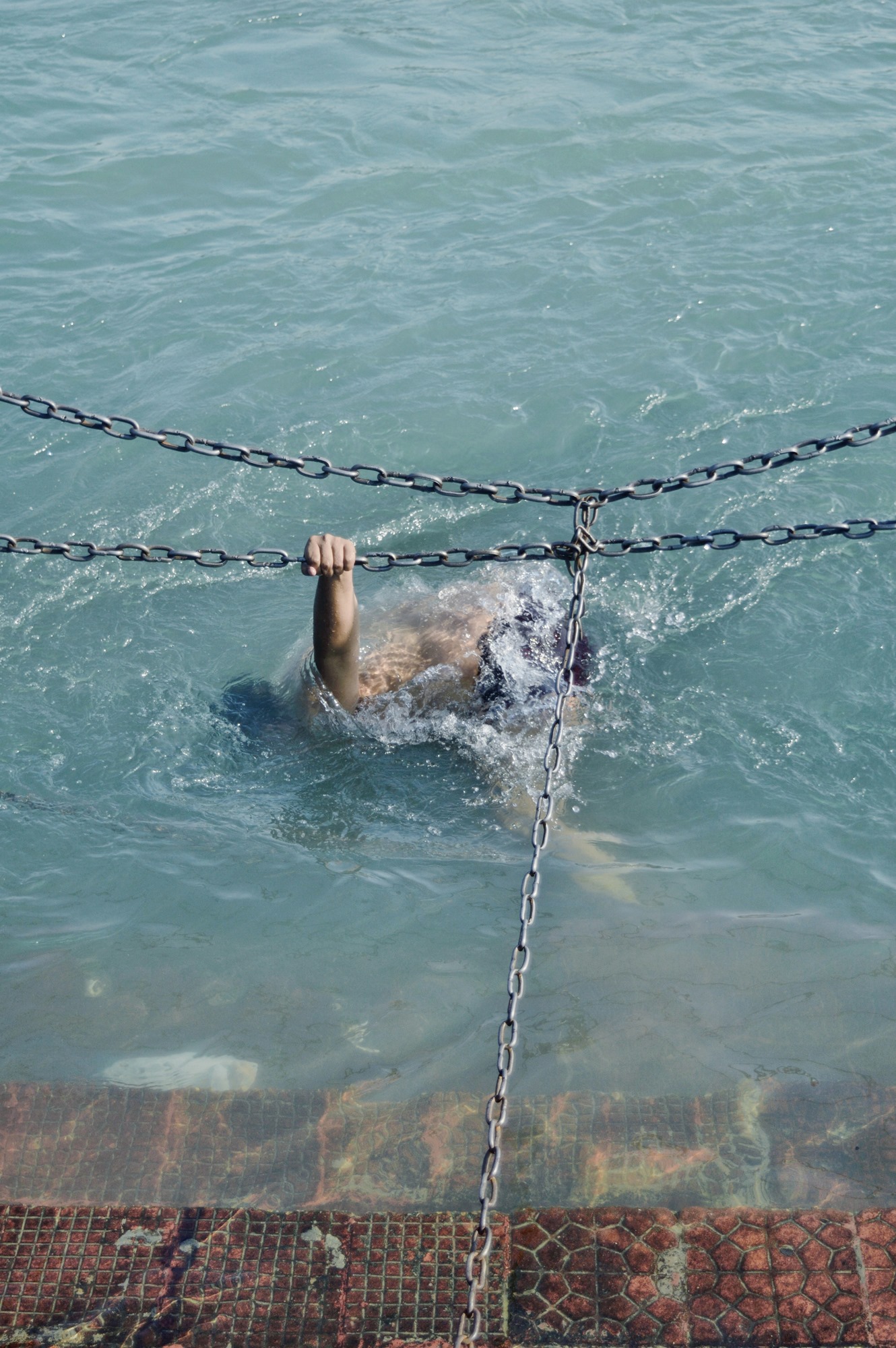 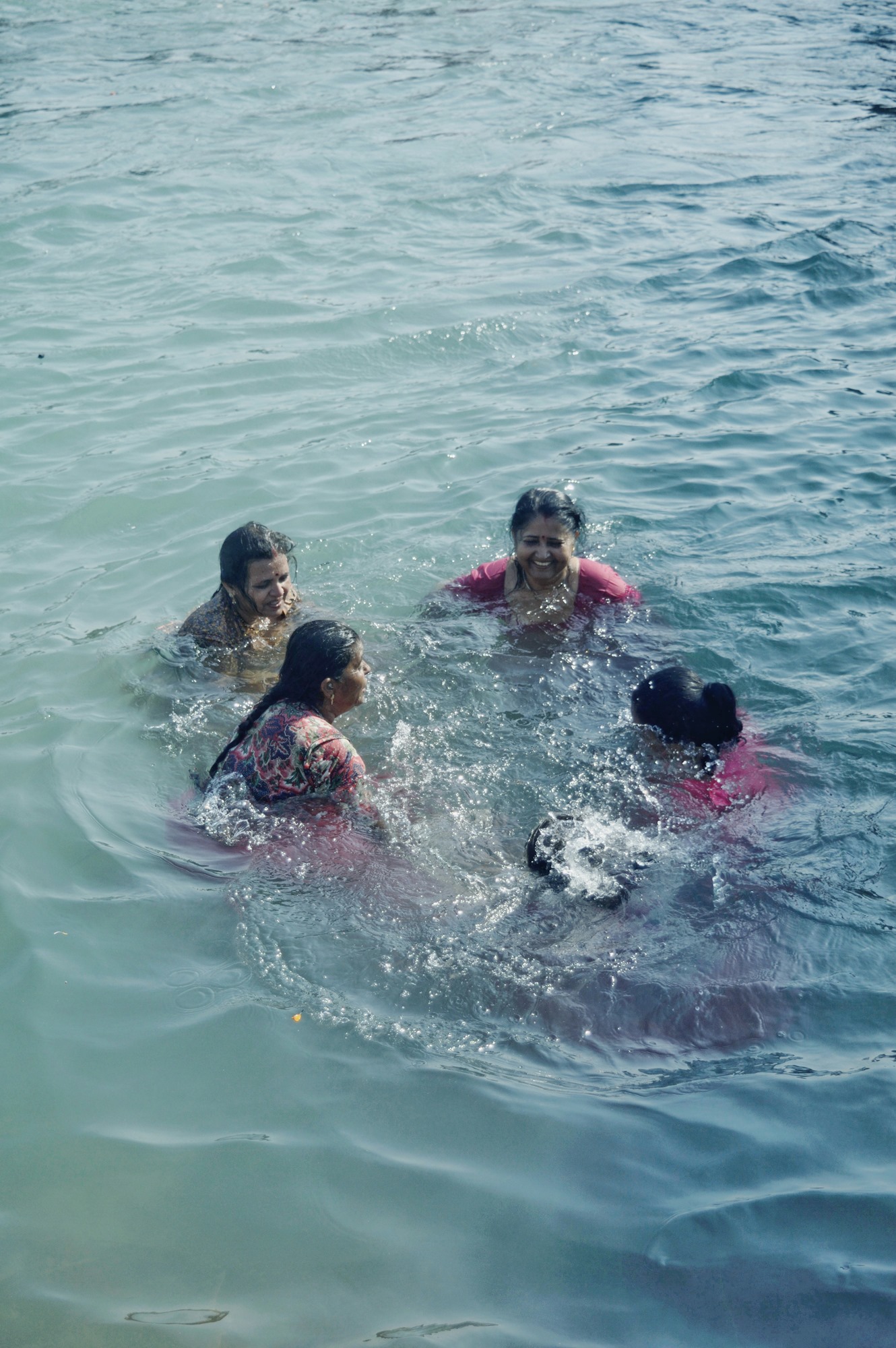 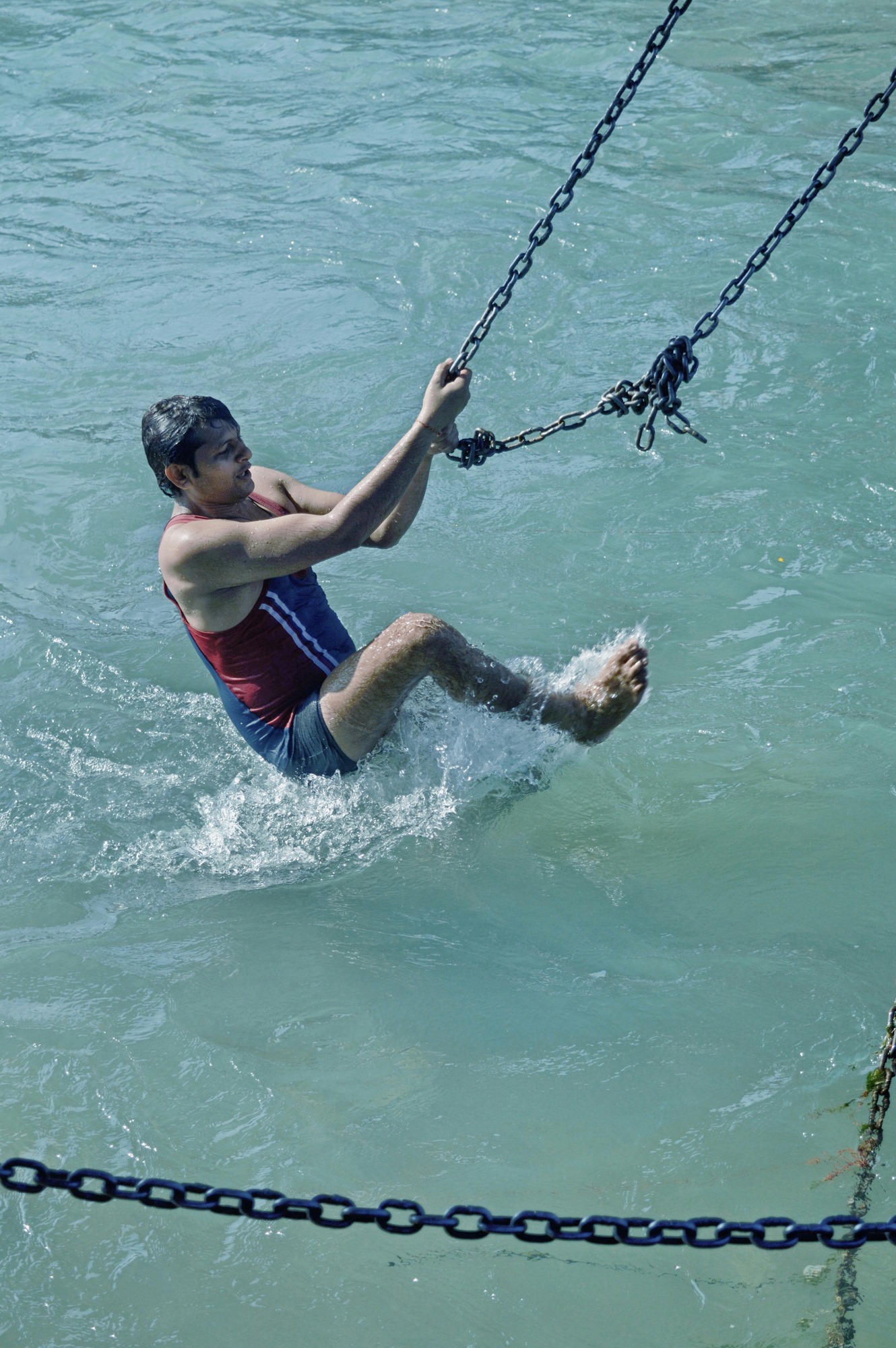 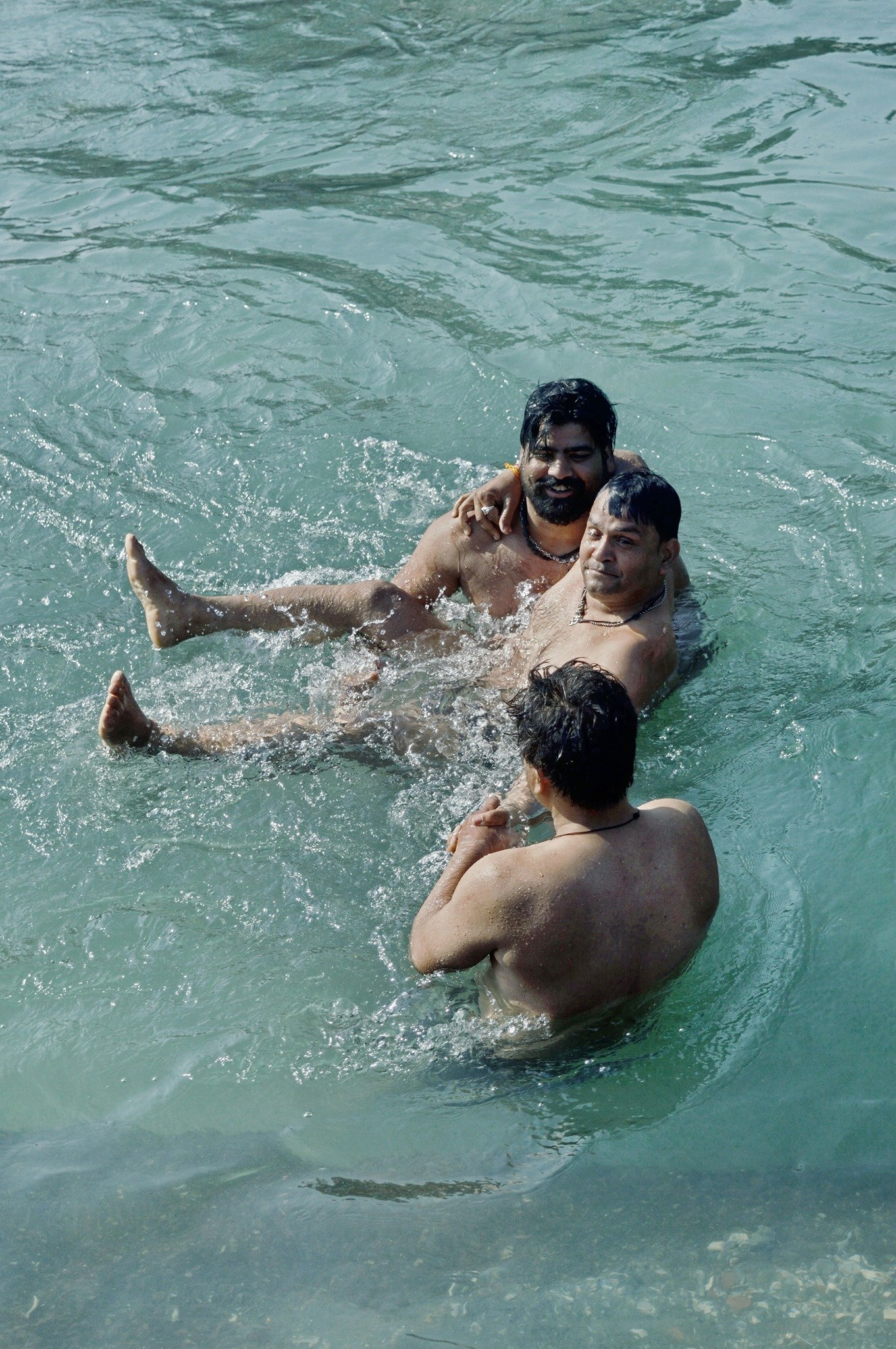 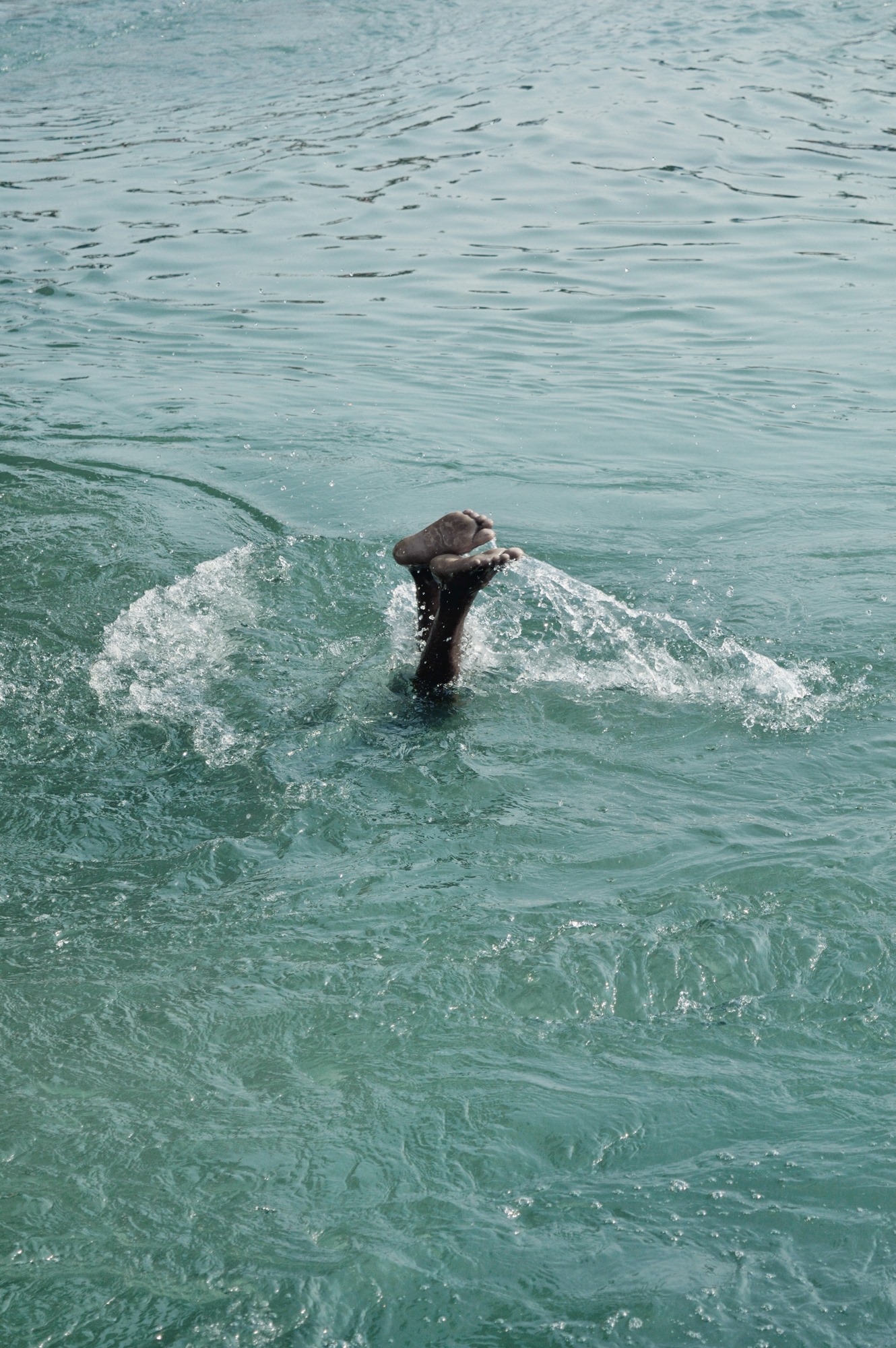