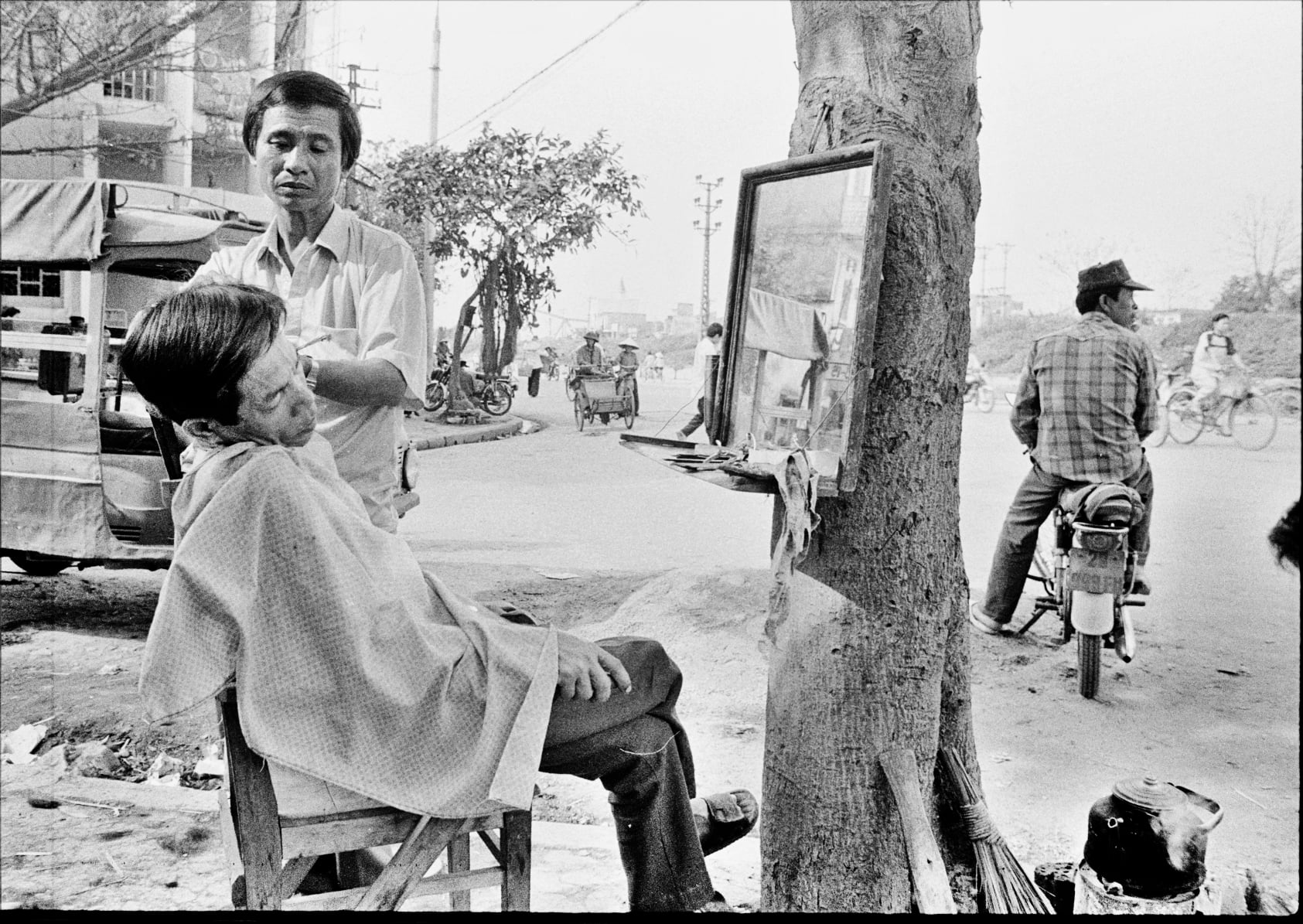 Diaspora, I have made attempts to understand this term, but it’s meaning escapes me like vapors through an open window. As soon as my mind begins wrapping itself around the concept, it’s gone, moving to take another form. Perhaps there is no simple way to encapsulate it. The idea of diaspora has become more than the movement of people, it’s about identity and what these people experience after they’ve moved.

For immigrants and many of their descendants, they grow up on the precipice of two or more ethnic identities. The push and pull from wanting to know where you’re from so you can know who you are and who you might become. Trying to fit in one place all the while maintaining connection to a place your family calls “home”, but the memories of “home” are not ones you’ve made for yourself.

For photographer Mark F. Erickson, his photobook Other Streets: Scenes from a Life in Vietnam not Lived is an exploration of capturing his Vietnamese identity and creating his own memories of home. Mark was born in Saigon in 1972, evacuated as part of Operation Babylift in April 1975, and adopted by an American family in western New York.

Mark’s photobook has been exhibited at the L.A. Center of Photography, the Davis Orton Gallery, and the Griffin Museum of Photography. He has been profiled in The Photobook Journal, diaCRITICS: the arts & culture of the Vietnamese and SE Asian diaspora, the Worksleeve podcast, and VVA (Vietnam Veterans of America) Books.

In this interview, I speak with Mark about his photography and how the medium helped him get a glimpse into a life he might have lived.

If liked this interview you may also be interested in Foreign Home: Vietnam 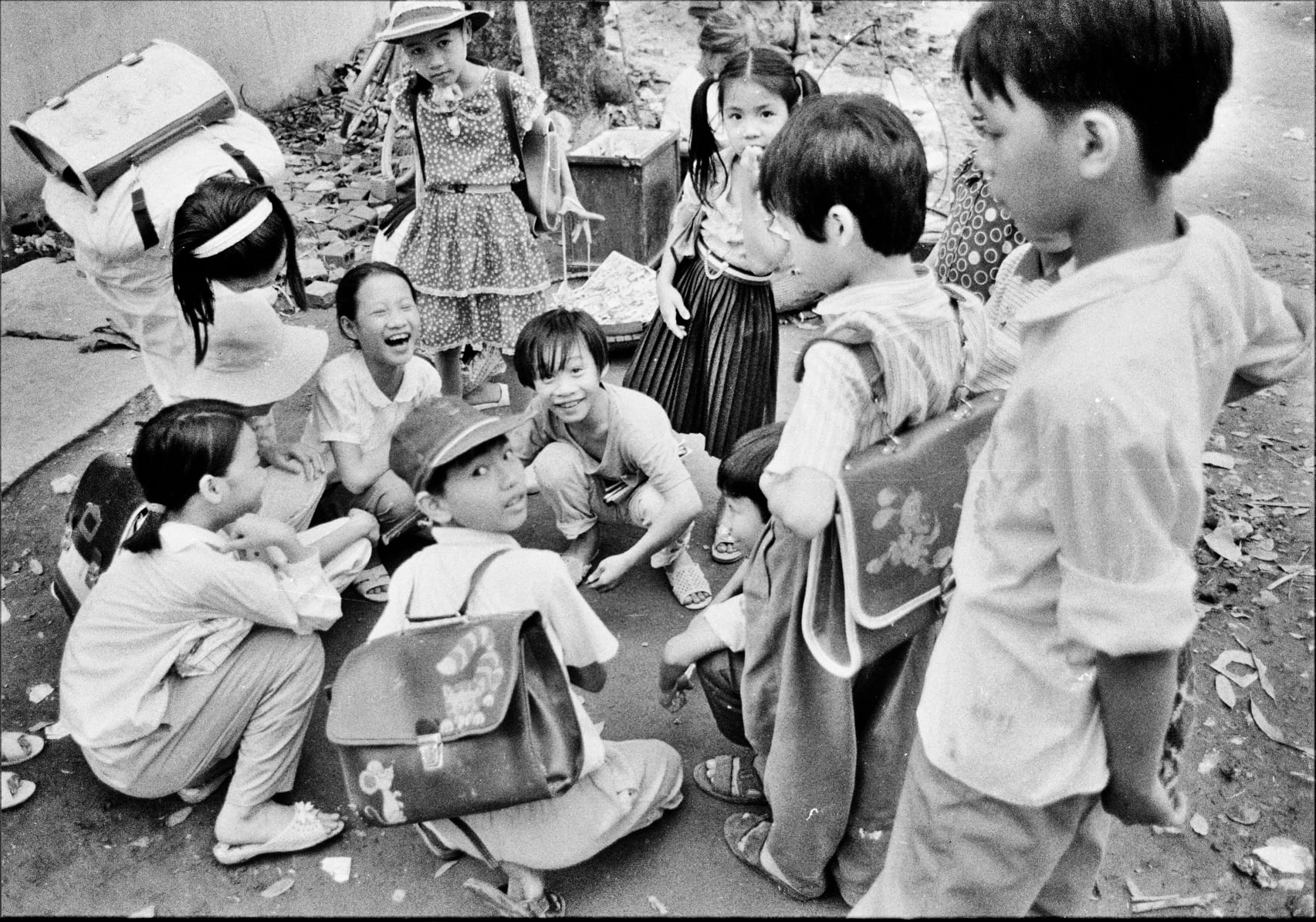 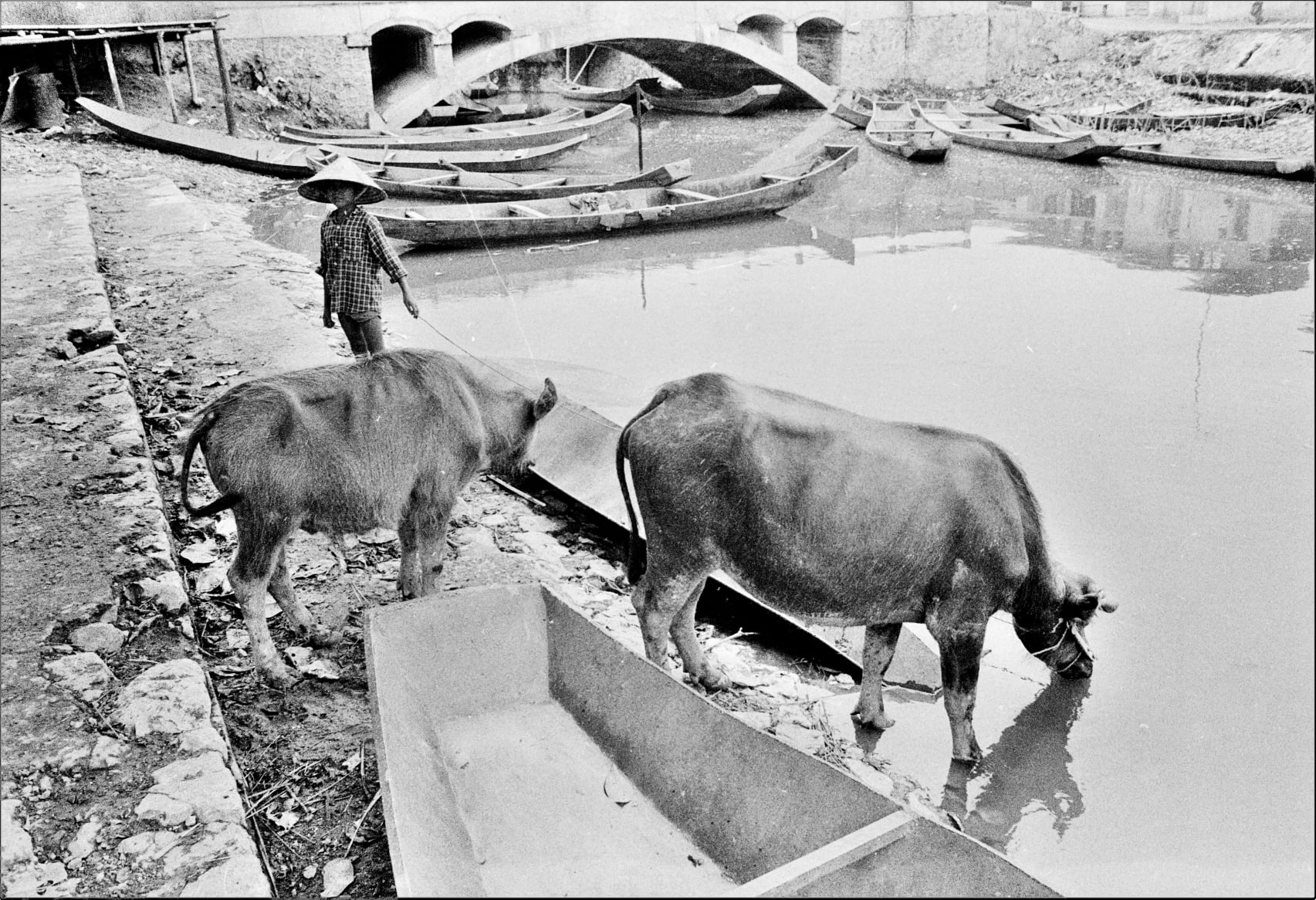 What are some things you want to say and explore with photography? What do your photographs mean to you?

I love words and I read a lot of books. But I also love the visual arts because there are some things that cannot be expressed with words. And the wordlessness of photography, in particular, leaves a lot of space for engagement and interpretation by the viewer. In that sense, what I’m trying to say with photography is beyond words. What I am trying to explore and what it means to me is more explicable. It is an external representation of an internal exploration of who I am, where I come from, and how I fit into the world.

Can you please detail how Robert Frank’s The Americans influenced your style of documentary photography?

The Americans influenced me in many ways. First, while there are many noteworthy individual photographs in the book, the whole is much more than the sum of its parts. Frank included what others might perceive as imperfect shots—some are even out of focus and others are slightly off-kilter–and left out. Second, the work is focused on everyday people and situations, allowing the viewer not to be distracted by famous faces and pretty places. Third, I really struggled with editing and sequencing my own work and turned repeatedly to The Americans more than any other book as inspiration for how to do it well.

Growing up in the US, what were your perceptions and ideas of Vietnam as you learned about it through a Western lens?

The truth is I didn’t think much about Vietnam while growing up. Of course I knew that I was factually from Vietnam, but I was in a predominantly white community and Vietnam was just not a focus of conversation or personal interest. I was an adolescent when popular Hollywood Vietnam War movies like Platoon and Full Metal Jacket came out and they did pique my interest, but the gaze in those movies is firmly on the Americans. Thus, my very narrow perception of Vietnam was that it was the location of a tragic war. 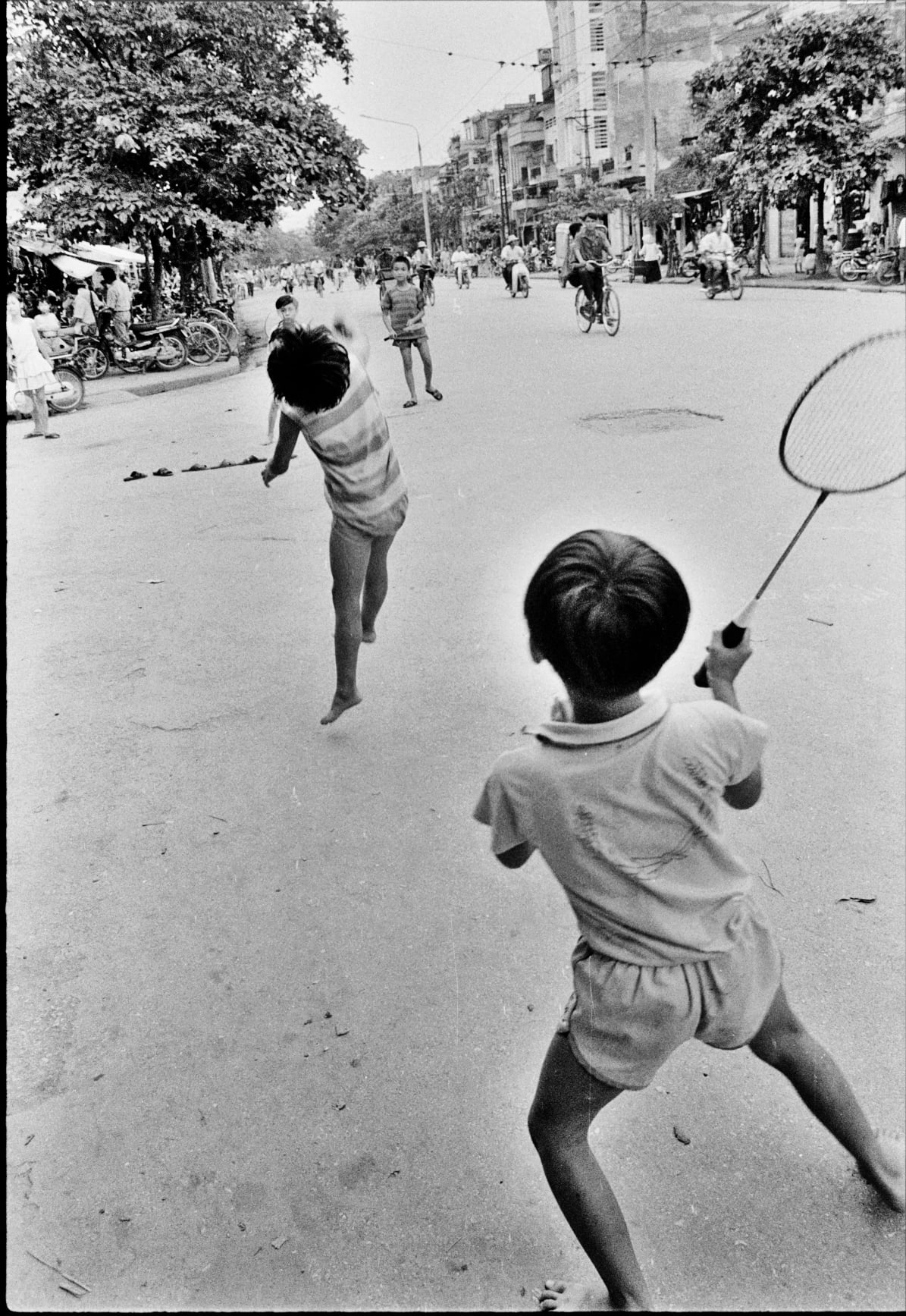 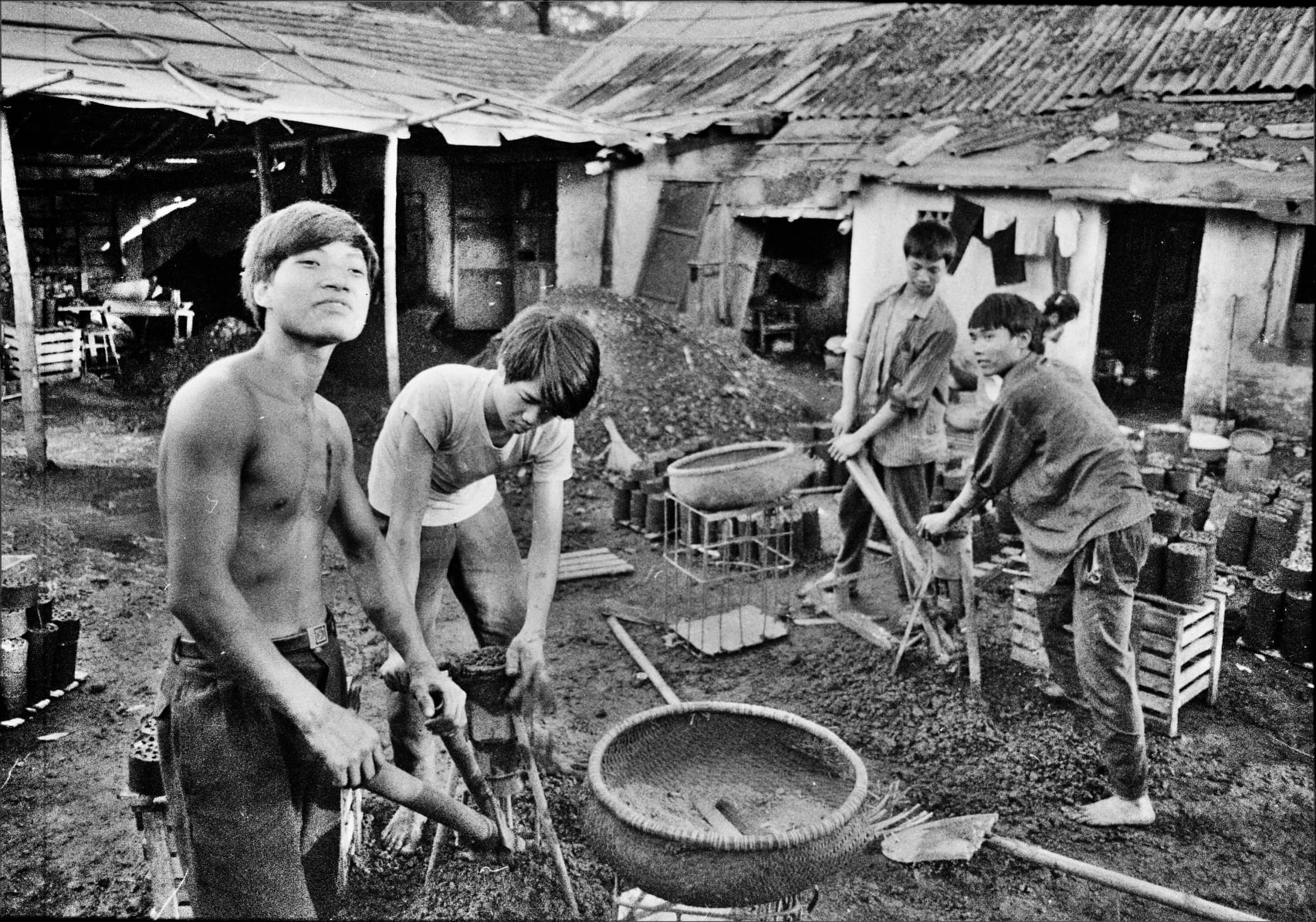 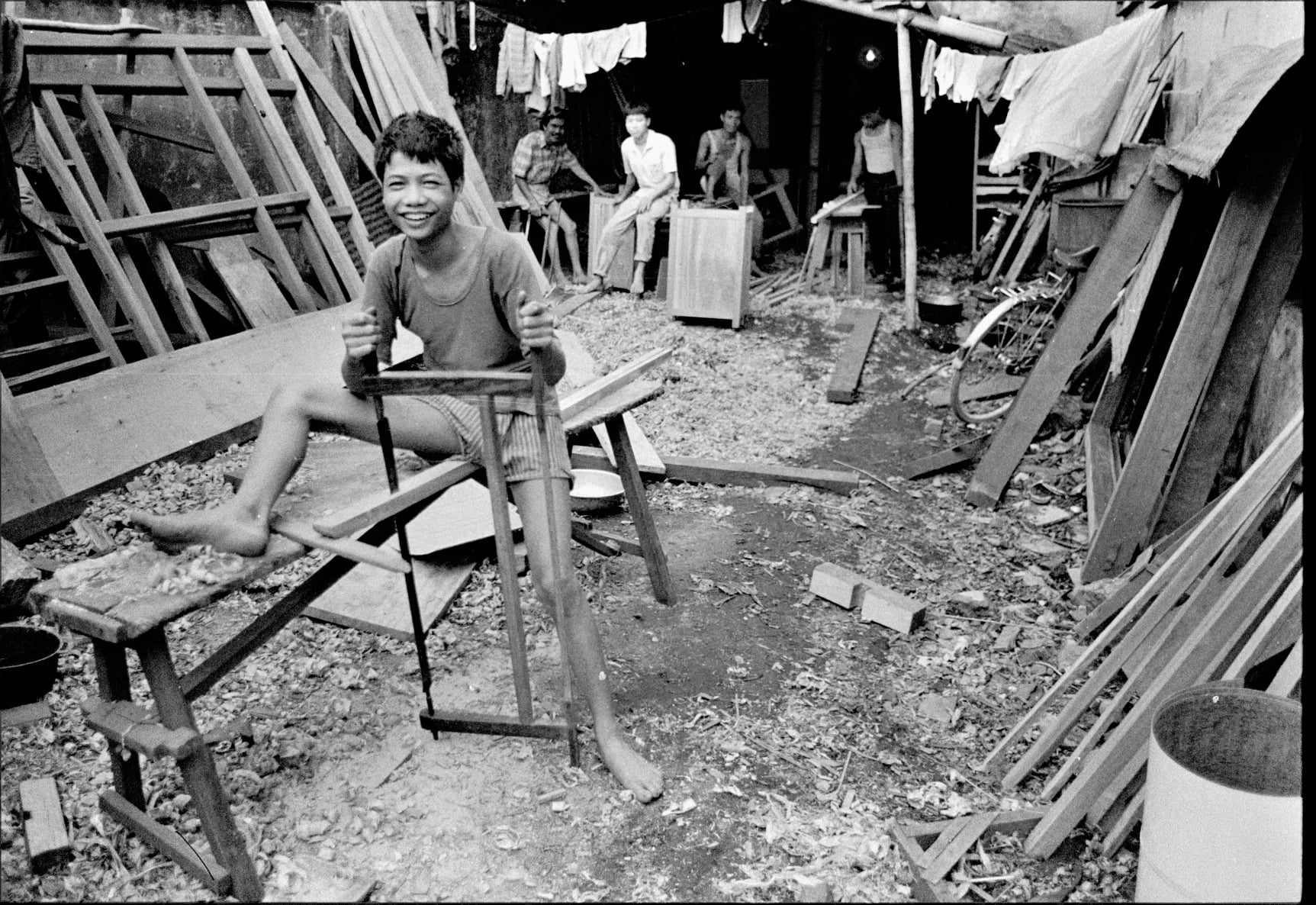 How did these perceptions and ideas shift as you studied Vietnamese history from a Vietnamese perspective with Hue-Tam Ho Tai?

College was an incredibly eye opening experience on many levels. Socially, I met people from all walks of life, including other Vietnamese students who introduced me to Vietnamese culture. Academically, as you mentioned, I had the opportunity to study under Hue Tam Ho Tai, one of the few tenured Vietnamese professors in the United States at the time. As a history professor, she of course taught an obligatory course on the war, but she also taught about the entirety of Vietnamese history, as well as Chinese-Vietnamese relations. Over thousands of years, the American War in the 1960s and 1970s is just a very small part of the overall story.

In 1993, you returned to Vietnam after (18) years (first leaving when you were 3), what were your thoughts of Vietnam when you entered the city of Saigon?

This was prior to the normalization of political relations between the United States and Vietnam, so one of the only ways I could visit for an extended period of time was as a foreign student in Hanoi. During that trip, I took a bus trip with the other foreign students to Saigon.  I distinctly remember standing in the open doorway of the mini bus.  It was that magical time of day near sunset when everything glows and the shadows are long.  I was quiet and I had some inexplicable feelings crescendo inside of me, feelings that I didn’t feel anywhere else in the country.

How did you hope to capture and record Vietnam in your series OTHER STREETS: Scenes from a Life in Vietnam not Lived?

I took my camera, tripod and a lot of film with me to Vietnam.  I loved the process of documentary photography, but I had no greater ambition or vision of what that could or would ultimately become. A camera gives you permission to stare at people and engage with them in a way that you otherwise are not socially permitted to do. In short, I just wanted to capture for myself what I saw and experienced first-hand.

When I returned to the states, I developed the film and made contact sheets. I developed a dozen or more of the photos that jumped off the contact sheets. I knew I had captured something special and I tried to get some publishers interested, but was unsuccessful, stopped trying, and got busy with a lot of other things in my life.

It was not until many years later that I thought of revisiting those images and really doing something with them. And by this time, of course, the country had changed dramatically in terms of economic development from what I had captured. 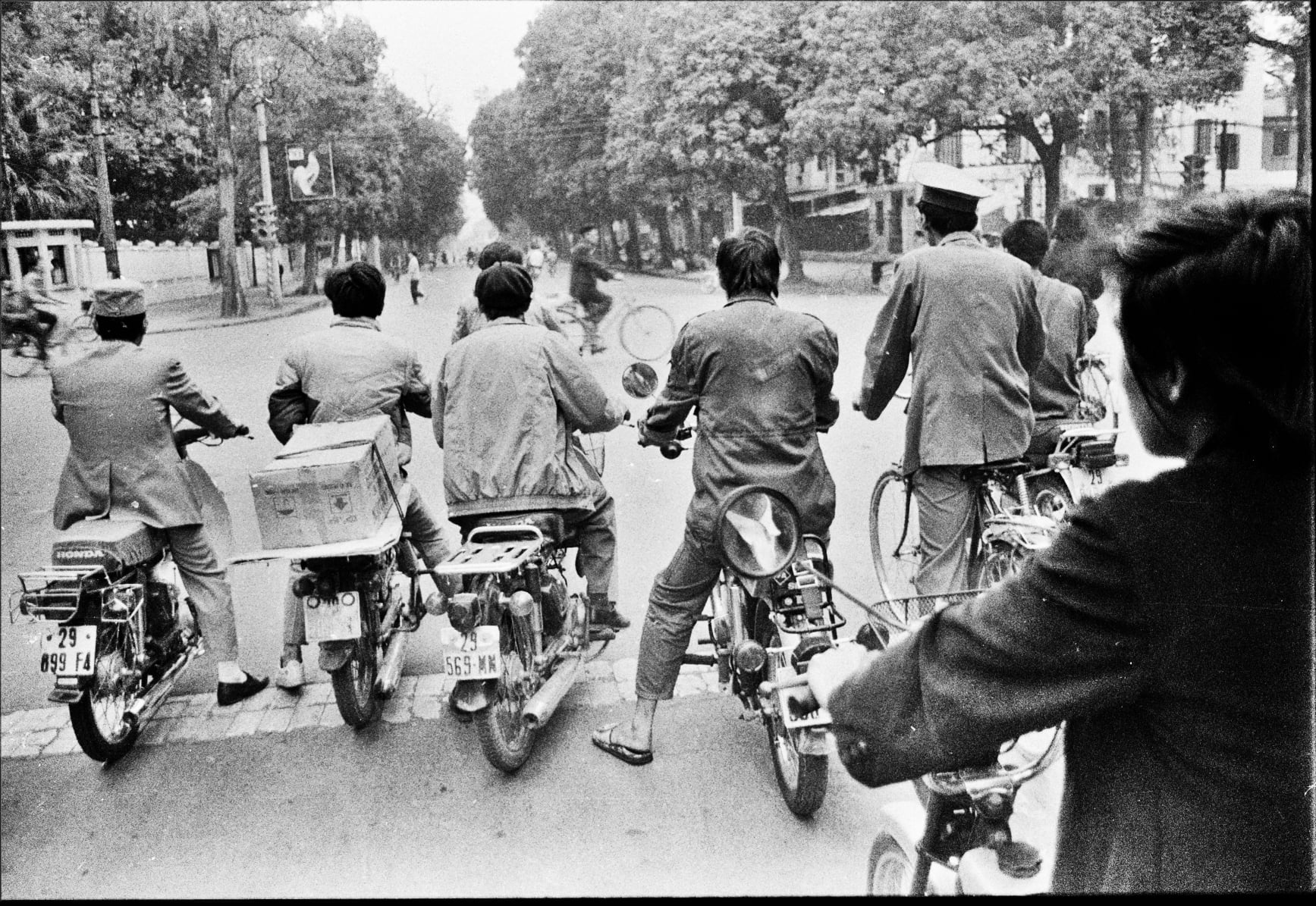 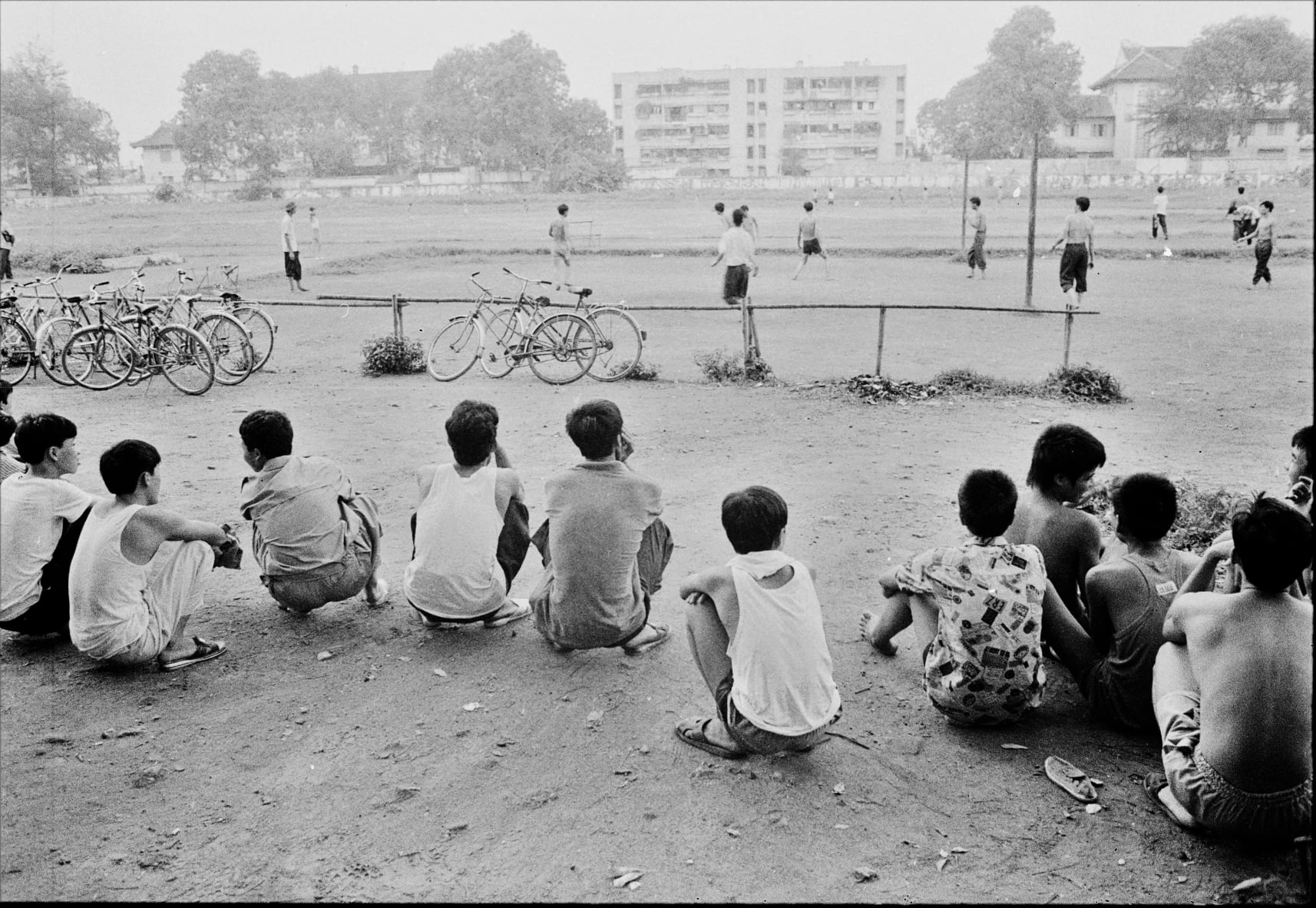 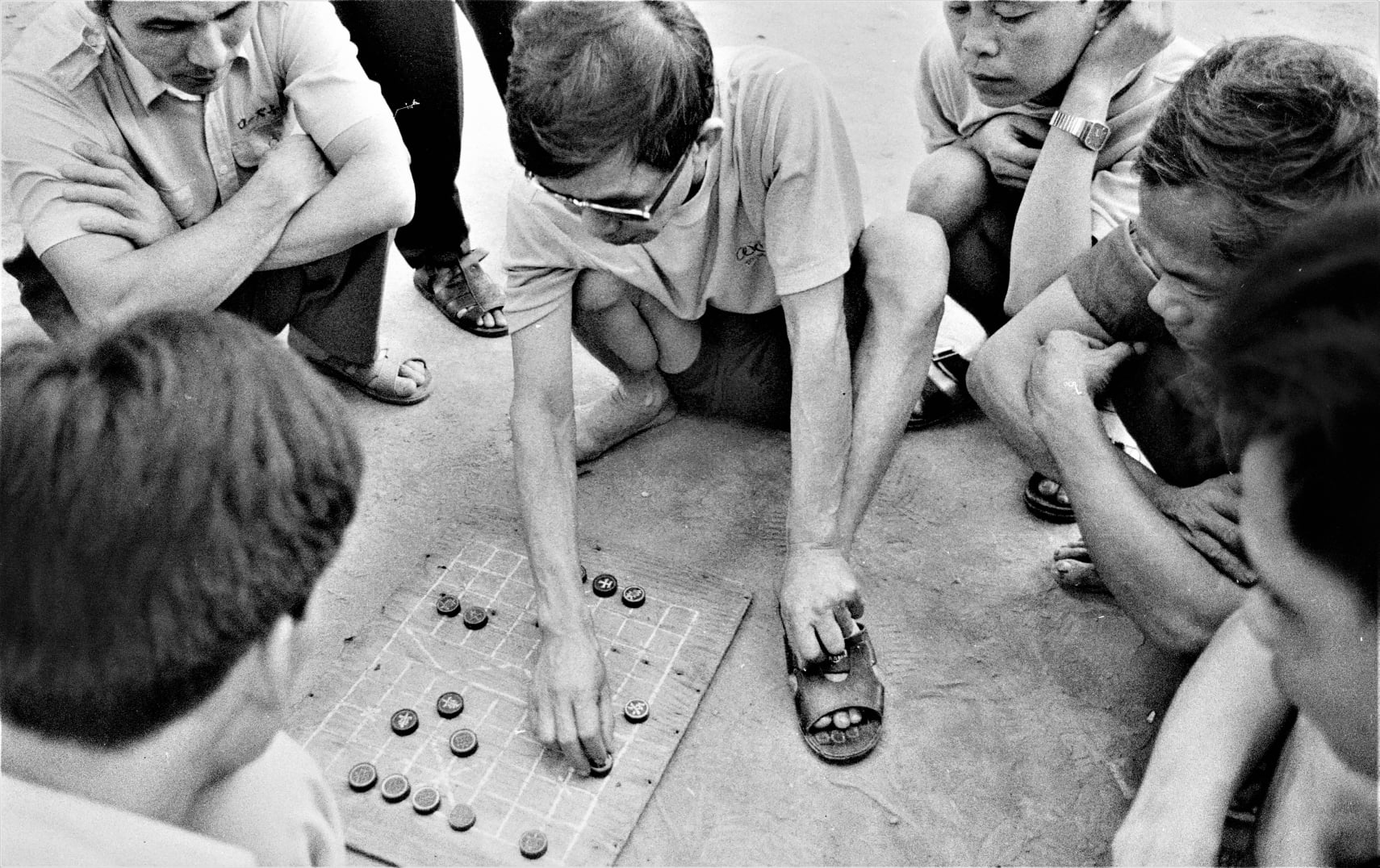 How did your dual perceptions of Vietnam affect how you approached this project?

The project aspect of this did not come into focus until the last few years. Revisiting those images and finding treasures that I previously overlooked was at first a personal curiosity. My children were getting older, so I had more time on my hands, and I was having more mid-life thoughts and feelings about my background and identity. Going back to Vietnam through these images brought up a lot of unprocessed feelings.

Whether about yourself, your country of birth, or the medium of photography, what are some lessons you discovered through this project?

Wow, I’ve had a lot of lessons in all of the above. This project helped guide me to a greater feeling of being Vietnamese. As an adoptee, I have at times felt like I wasn’t authentically Vietnamese—I don’t have a Vietnamese name, a Vietnamese family, the Vietnamese language or culture—and I loved what Viet Thanh Nguyen told Phuc Tran when he expressed something similar in an interview:  why are you allowing others to be gatekeepers and judges on authentic Vietnamese-ness? I expected the project to connect me more with the artistic and photographic communities—and it has—but I didn’t expect the greater connectivity to the Vietnamese and broader Asian community, which has been a pleasant surprise. Prior to publishing the book, I never felt comfortable using my Vietnamese name (Đỗ Văn Hùng), but I now recognize it too is a part of who I am. Post-COVID, I want to go back to Vietnam again given that I have re-connected with family there and my wife and children have never been.

Are there any particular moments or stories from this project that have stayed with you?

Related to the above, I of course have appreciated the professional recognition and awards that I have received, but what I have been most touched by are the reactions of Vietnamese-Americans. For the older ones, most fled as boat people and they left with nothing, so looking at my book brings many to tears with memories of their childhoods. For their children with no memory of Vietnam, it has served as a bridge between them and their parents to better understand the country they left behind. 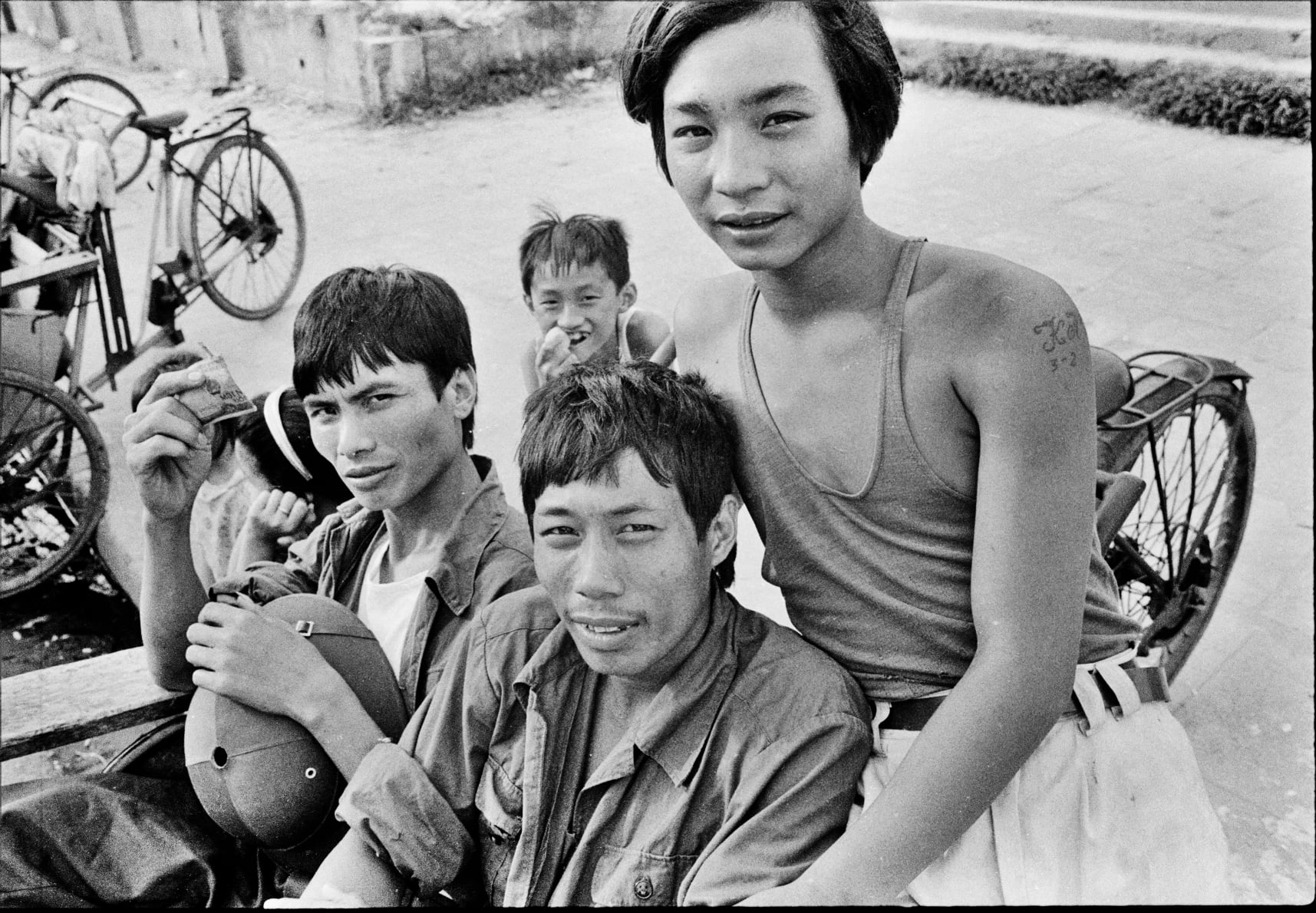 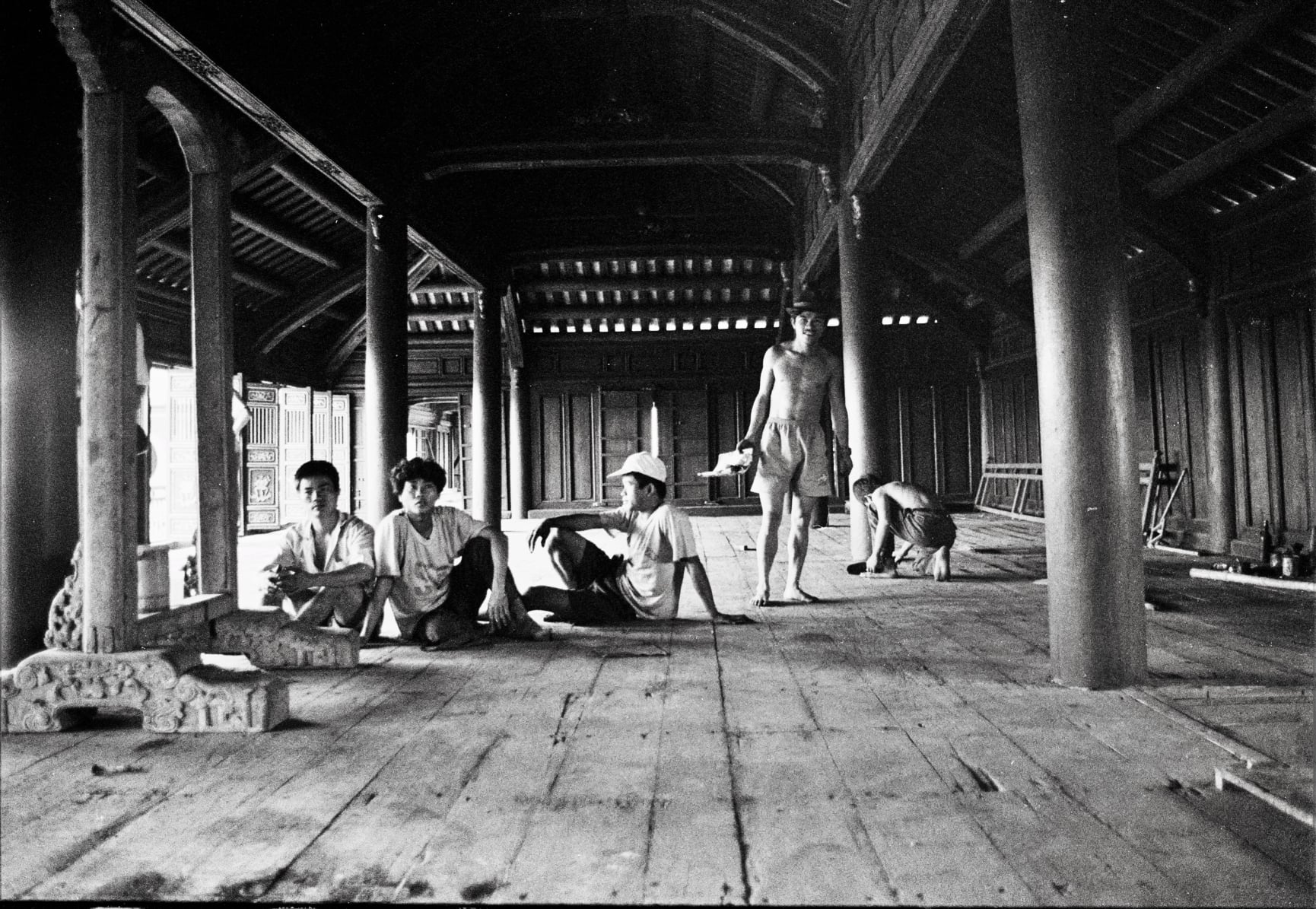 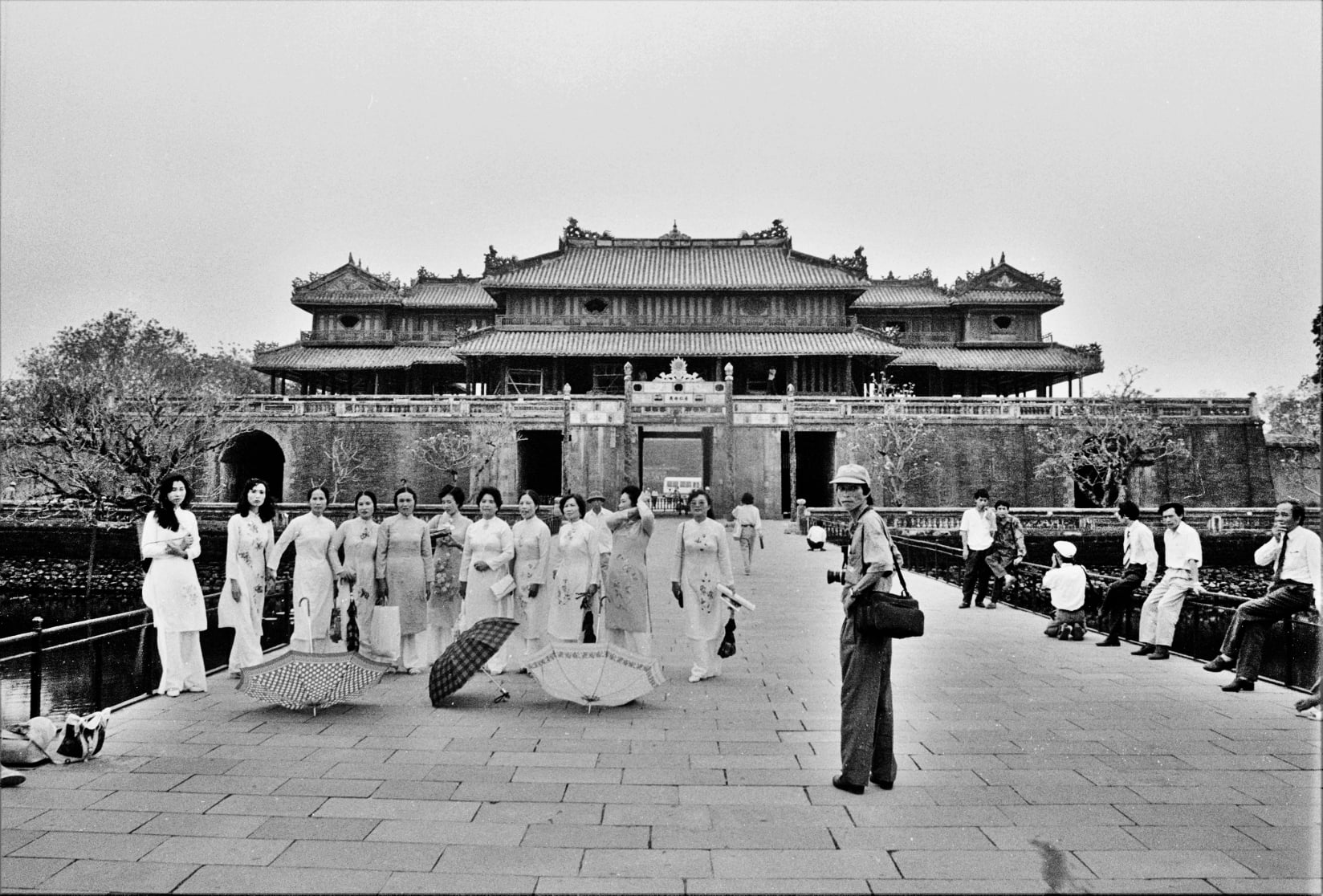 A work in progress is about Vietnamese-American boatpeople and their adjustment to life in America as refugees. The work comes from the time I taught English as a Foreign Language in the Vietnamese community and it was my first exposure to their lives. Ideally, I would like to pair the photographs with essays from people who lived that experience.

First, as I mentioned earlier, I sent my work out to several publishers and got rejected by all of them.  I took it as a rejection that my work wasn’t good enough.  My older self would tell my younger self not to take the rejection as the end. I now know that many photographers self-publish for many reasons, including the ability to have complete editorial control. Most publishers are in it to run a business and make money and that’s usually the last thing on the artist’s mind. Second, if the body of work is really strong, you will find the audience for it.

Would you have any advice for aspiring photographers?

I strongly believe that the best training for a photographer is to take a lot of photographs and to find a mentor. Henri Cartier-Bresson famously said “Your first 10,000 photographs are your worst” and it is so true! A mentor is critical because it is hard to self-critique and he or she will push you further than you might otherwise be able to go on your own. At Harvard, Chris Killip (UK) served as that type of mentor for me. 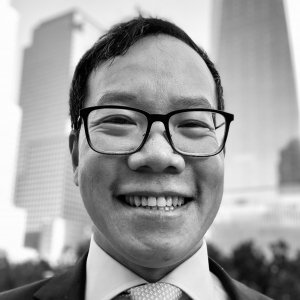